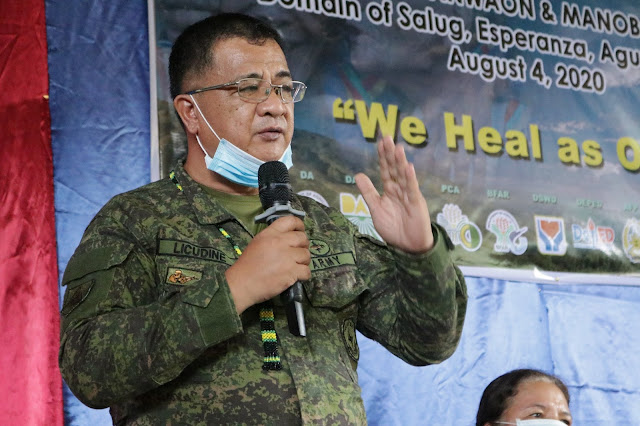 During the Inter-Agency Visitation of Indigenous Cultural Communities/IPs in Brgy. Salug, Esperanza, Agusan del Sur, MGen. Maurito Licudine, commander of 402nd Brigade, Philippine Army emphasized that the Retooled Community Support Program (RCSP) is enhanced and geared up to better provide the programs and projects that would directly address the needs of the different sectors in the localities. "It takes two to tango. The government can not do this alone, your cooperation and support are very important for us to achieve common goals. We should continue to work together in the fight against terrorism and more development will come into the municipality," he said. 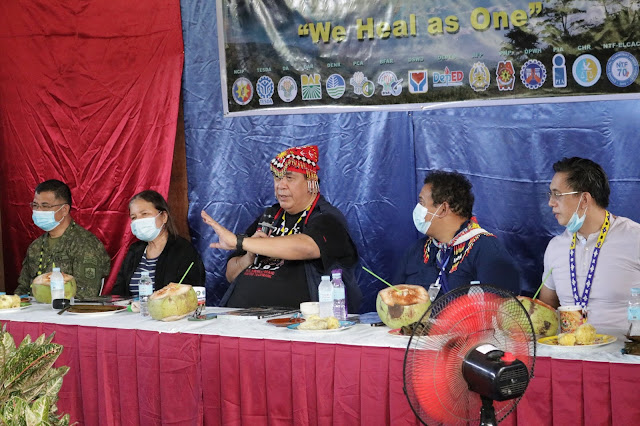 NTF-ELCAC executive director and NCIP chief Secretary Allen Capuyan recalled his previous visits in the municipality of Esperanza in Agusan del Sur and his memorable experiences with the locals and the different tribal groups. He highlighted the milestones of the NCIP and how the IPs have become more active as catalysts of change. The secretary further said it has been a strong directive of President Rodrigo Duterte to reach out to the IP sector, know their real situation on the ground and learn their issues and concerns that need timely resolution. 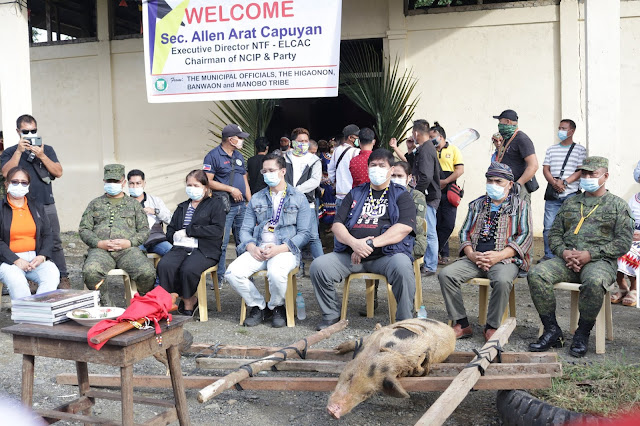 The Higaonon, Banwaon and Manobo tribes of Barangay Salug, Esperanza, Agusan del Sur welcomed early morning, Aug. 4 the team led by NTF-ELCAC chairperson and NCIP chief Secretary Allen Capuyan with the municipal officials and different concerned government agencies. A ritual which they call "Pandawaton" or welcome was performed by the tribes as the team and visitors arrived at the area. 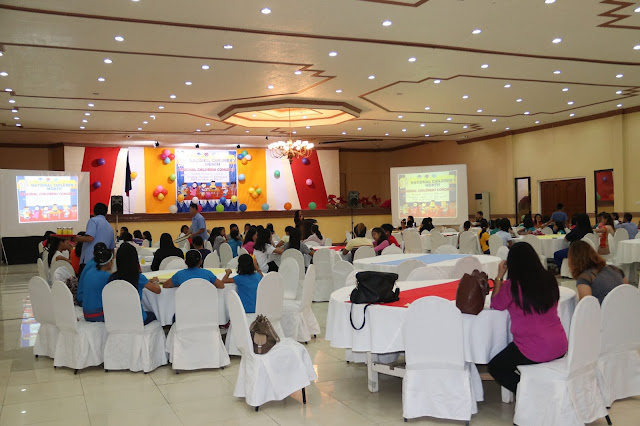 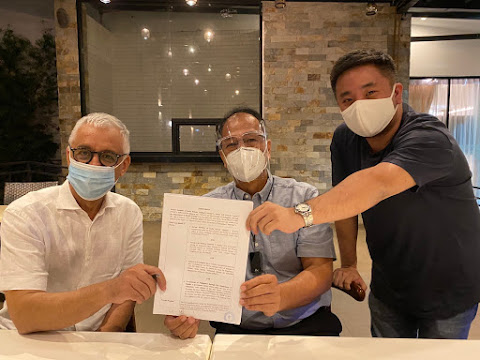 The Philippine government, represented by Vaccine Czar Secretary Carlito Galvez Jr., Serum Institute of India (SII) and Faberco Life Sciences, Inc., have signed a Term Sheet on January 9, 2021 to secure the supply of 30 million doses of COVID-19 vaccine Covovax, which will be available starting third quarter of this year. “This is a significant milestone in relations between India and the Philippines. It shows that we don’t have to look far beyond Philippine shores to find friends who are willing to help each other out,” Kishore Hemlani, Founder of Faberco Life Sciences Inc., SII’s Philippine partner, said after the signing with Sec. Galvez. SII, the world’s largest vaccine manufacturer, partnered with Novavax, a US-based biotechnology company for the development and commercialization of the Covovax vaccine. The vaccine has the recombinant coronavirus spike protein nanoparticle and a Novavax-patented Matrix-M adjuvant to enhance the immune response and stimulate high levels of neutrali
Read more