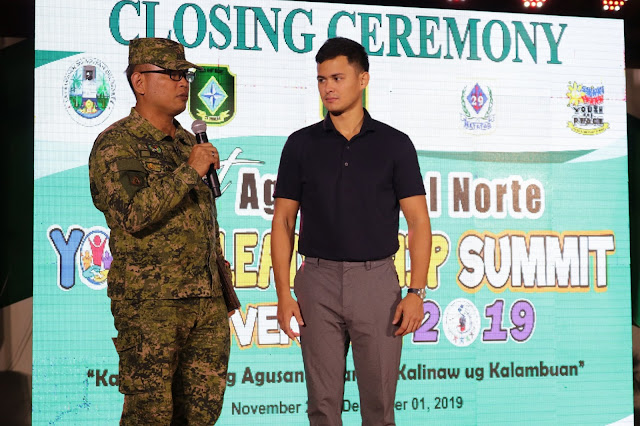 LTC Francisco Molina Jr., commander of 23rd Infantry Battalion, Philippine Army underscored during today's culmination of the 1st Agusan del Norte Youth Leadership Summit held at the headquarters of 23IB in Brgy. Alubihid, Buenavista, Agusan del Norte that the participating youths have gained knowledge on the Executive Order 70 and imparted their action plans on how they could help and contribute in fulfilling the directive of President Rodrigo Duterte in their respective municipalities. 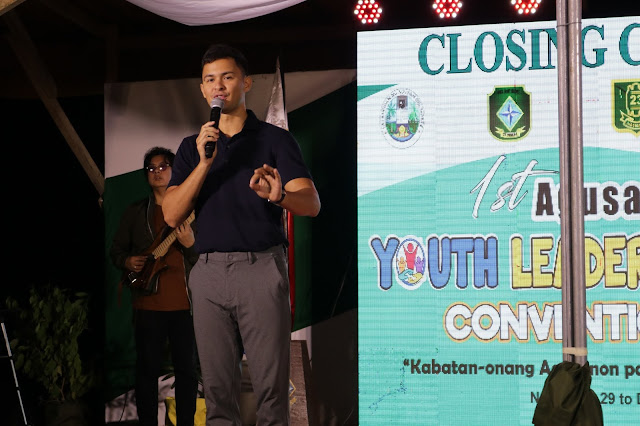 2Lt. Gianmatteo Vittorio Guidicelli, Reservist, AFP, commended the uniformed personnel for sincerely doing their best to protect the nation and its people. He said this was his inspiration in joining the Philippine Army, as he also wants to give service to the Filipino people. He further encouraged the youths of today's culmination of the 1st Agusan del Norte Youth Leadership Summit, to help and protect the future of the youths. "Let's talk positive and let's spread the love and peace we all deserve," he said.