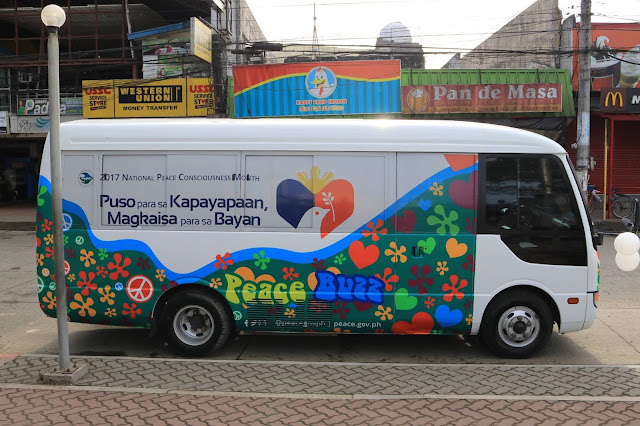 
The Office of the Presidential Adviser on the Peace Process (OPAPP) launched the Peace Buzz in Butuan City, as the main hig­hlight of this year’s Peace Month Celebr­ation. The Peace Buzz is a peace caravan that roamed nationwide to bring the governm­ent’s peace initiati­ves on the ground. The Peace Buzz kicked off in Baguio Ci­ty, and made st­ops in the cities of Quezon, Legazpi, Catbalogan, Davao and Iligan. It will conclude its journed in Marawi City on October 1, in time for the Closing Ceremony of the Peace Month. (PIA CARAGA)
​ 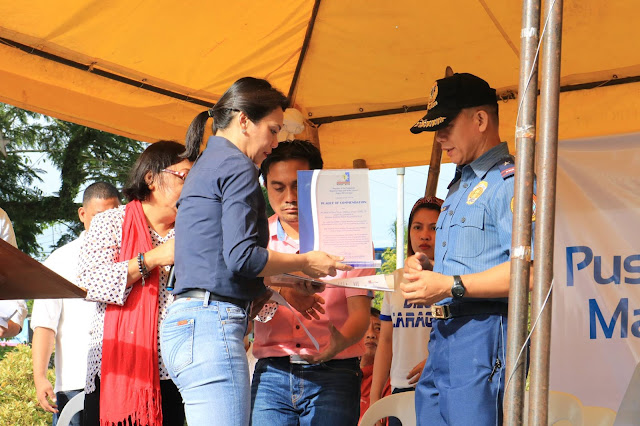 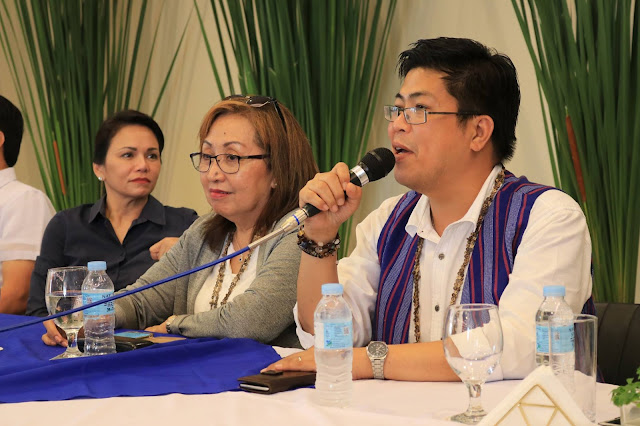 
Office of the Presidential Adviser on the Peace Process (OPAPP) Assistant Secretary Rolando Asuncion gladly recognized the commitment of the Caraganons to pursue peace and development, during the Peace Month press conference held in Butuan City on September 27, 2017 . He emphasized that Caraga was the only region in the entire country that has crafted a "Roadmap to Peace." (PIA Caraga) 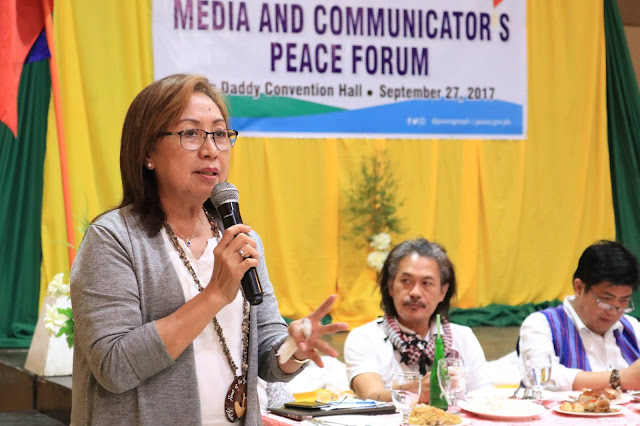 As expressed by Office of the Presidential Adviser on the Peace Process (OPAPP) Undersecretary Diosita Andot during the Media and Communicators Forum held in Butuan City on September 27, 2017, there is a need for everyone to develop a sense of ownership to the efforts of the government. "Convergence and establishment of linkage with the communities are important and there will be development if there is peace," she said. (PIA Caraga) 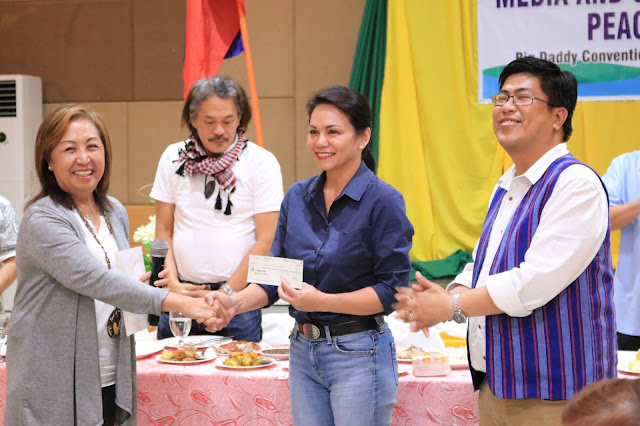 Agusan del Norte Gov. Ma. Angelica Rosedell Amante-Matba receives check
Agusan del Norte Provincial Governor Ma. Angelica Rosedell M. Amante-Matba received a check worth P123,500,000.00 from Office of the Presidential Adviser on the Peace Process (OPAPP) Undersecretary Diosita B. Andot during the Media and Communicators Peace Forum on September 27, 2017 in Butuan City. Said funds are intended for the implementation of the two infrastructure projects in the province of Agusan del Norte – the concreting of Bangayan-Zapanta Valley Farm to Market Road in the Municipality of Kitcharao; and completion/concreting of Tagbongabong-Kaunlaran-San Antonio Farm to Market Road Phase 2 in the municipality of Remodios T. Romualdez (RTR). (PIA Caraga) 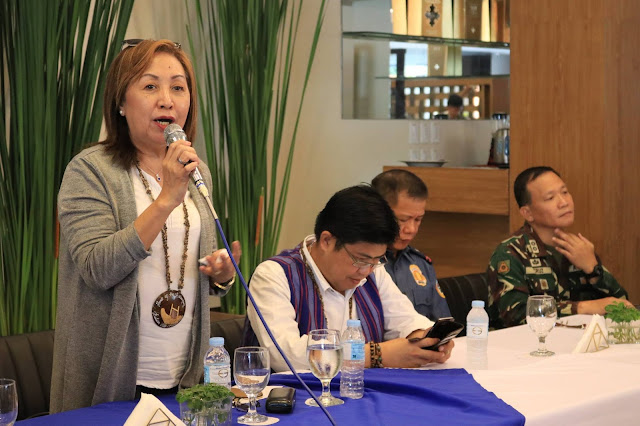 
During the Indigenous People Mandatory Representatives (IPMR) Peacebuilding Conversation on September 26, 2017 in Butuan City, Office of the Presidential Adviser on the Peace Process (OPAPP) Usec. Diosita “Jojo” Andot emphasized to the participants to make it a daily mission to advocate for peace starting from oneself and family, in order to outspread peace in the community. She said that this gathering of IPMRs will be a good venue for them to share their experiences and to raise their issues and concerns, in order to address the needs of their respective communities. (PIA Caraga)