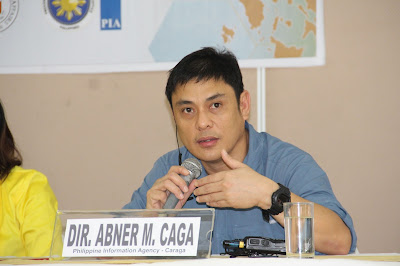 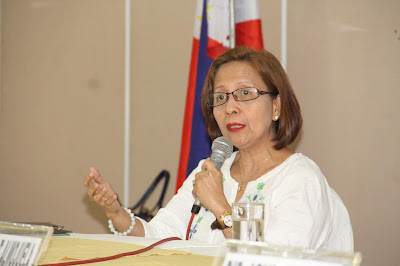 Dir. Emelyn Libunao, Staff director of Program Management Division of PIA Central Office during her opening statement on the press conference of the West Philippine Sea issue on January 25, 2016 held in Butuan City. Dir. Libunao emphasizes that the West Philippine Sea (WPS) issue is one of the advocacy campaigns of PIA in coordination with DFA. (PIA Caraga) 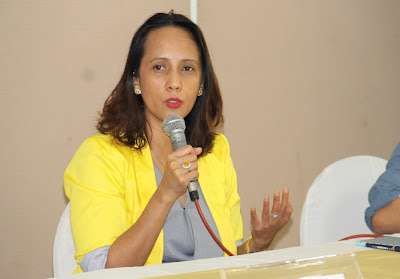 Ma. Teresa Almojuela, Senior Special Assistant, Office of the Undersecretary for Policy, DFA said during the press conference on West Philippine Sea Issue on January 25, 2016 that they are conducting this advocacy campaign in order to help the masses understand their rights and stand in resolving territorial disputes between the Philippines and China. (PIA Caraga)